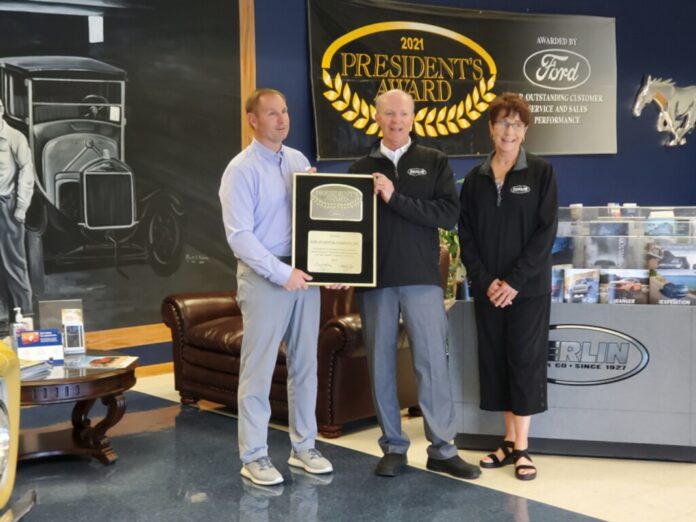 The twelfth oldest Ford dealership in the country commemorated their ninety fifth anniversary Tuesday and at the same time were given president’s award from the Ford Motor Company for the second year in a row.

Kerlin Motor Company opened back in May 1927 as Russel Kerlin opened up in Silver Lake and continues today led by the third generation, in Rick Kerlin and Val Warner.