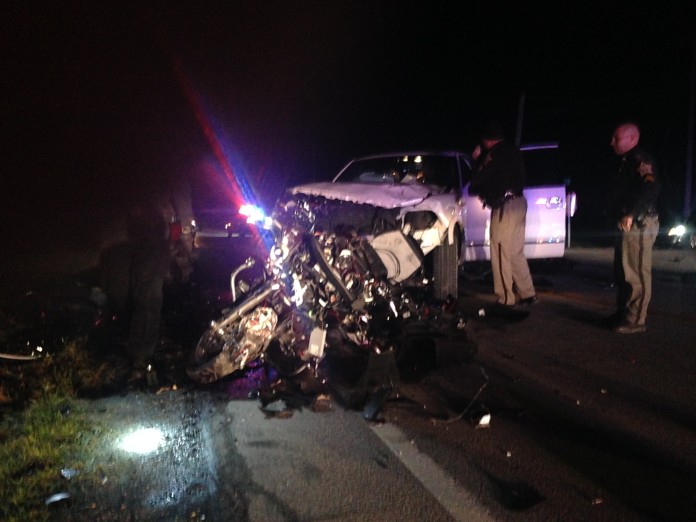 A Wabash County man was killed near Warsaw Saturday night when the motorcycle he was riding hit a pickup truck that had allegedly pulled out of front him. The Kosciusko County Sheriff’s Department says 51-year old Jeff Gable of North Manchester was pronounced dead at the scene at the intersection of State Road 15 and County Road 350 South. The driver of the pickup has been identified at 49-year old Kevin Bell of Winona Lake, who was not injured. His passenger, 59-year old Vicki Hepler, also of Winona Lake, suffered check pains and was taken to Kosciusko Community Hospital in serious condition.