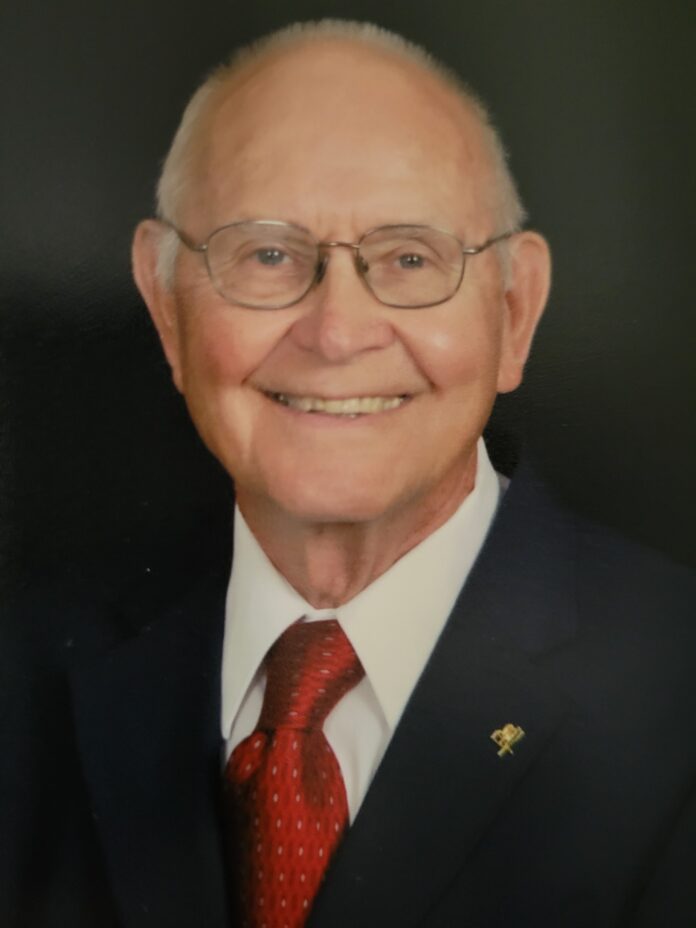 Bob Mock reunited with his wife in heaven early on April 16, 2022, from his Peabody assisted living home in North Manchester, IN, at the age of 94.

He was born on May 7, 1927, to Alfred and Elsie (Zolman) Mock in Tippecanoe Township, Indiana. Following graduation from North Webster High School in 1945, Bob joined the army and shipped out to Germany at the end of WWII. Upon returning to stateside, he married the love of his life, Wilma D. Nonemaker, February 11, 1949, and shared 71 years with her before she passed away in 2020.

Farming was a passion for Bob, but he found a new passion when he opened his own plumbing and heating business serving the residential community around Warsaw. He later sold that enterprise and joined the plumbers and pipefitters moving on to larger commercial projects. After he retired, you could still find him making small house repairs for neighbors well into his late 80s.

Bob’s interests were diversified. His love for baseball led him to coach little league for a few years. He enjoyed simply driving or flying his small Cessna airplane, golfing, singing with the Shrine Chanters, and he was an avid reader.

Helping and serving others was his calling. Just to name a few… he always ushered at church, always was a server for the American Legion’s annual fish fry fundraisers, accompanied third graders to the annual Shrine Circus shows, made nearly 150 round trips to various Shrine hospitals transporting burned or disabled children for free treatment, and volunteered with other church men at disaster stricken areas.

After almost 95 years on earth, he is once again dancing with his wife Wilma in heaven.

In lieu of flowers, donations can be made to Shriners Hospitals for Children, Attn: Processing Center, PO Box 947765 Atlanta, GA 30394. Denote “Chicago Hospital” in the memo line.