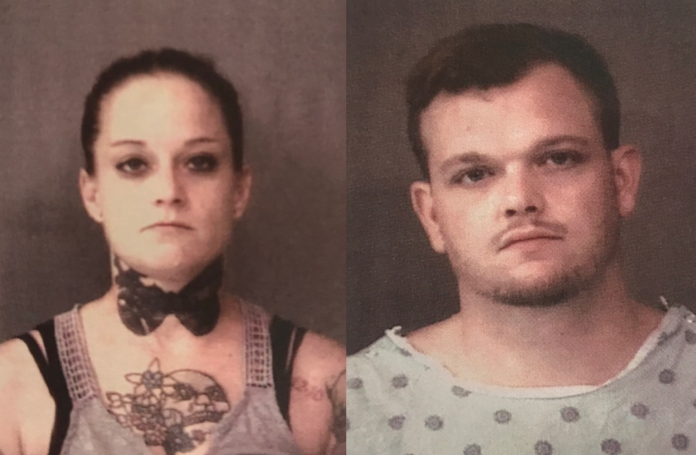 Two people from Columbia City are in custody after a high speed pursuit that led officers from the Meijer in Warsaw into South Whitley.

Winona Lake Town Marshal Joe Hawn tells News Now Warsaw there was a report of a theft at the Meijer on Lake City Hwy. An officer that was on 250 East was able to get behind the suspects’ vehicle, which is when they took off.

Hawn confirms the car, driven by 38-year-old Catherine Anderson, exceeded speeds of 120 MPH. She drove through a yard, a cornfield, and a bean field before the vehicle went off an embankment and into a creek in southeast South Whitley.

Along with Anderson, 27-year-old Jared Houser, who was a passenger in the vehicle, was also taken into custody.

Houser had a warrant out for his arrest in Whitley County. Additional charges are expected to be brought against him.

Anderson was booked into Kosciusko County Jail on charges of resisting law enforcement- fleeing. Hawn says theft charges for the incident at Meijer are pending against Anderson.