After officially becoming a Constitutional Rights Sanctuary County in December, Kosciusko County is now a county that will protect the rights of citizens to bear arms.

The ordinances states the county is against any law or resolution that “eliminates, reduces, represses, diminishes, or subverts the rights of any law-abiding citizen to keep and bear arms.”

The ordinance is also a support to the state that Indiana should become a Second Amendment Sanctuary State, and Ormsby will write a letter to local State Representatives and Senators to voice that support. You can read the full ordinance at the end of this story.

Ormsby says the draft of the ordinance came earlier this year, following announcements from President Joe Biden in regards to gun restrictions and policies. “The commissioners had concerns with the announcements. Once we looked at what his gun policy was, those are some pretty (serious) matters. The other thing in mind was violent crime rose up over 30 percent from 2019 to 2020, the biggest jump ever in the country.”

Following Ormsby’s announcement, Kosciusko County Sheriff Kyle Dukes followed with his support. “I’m a Second Amendment sheriff. I took the oath of office, and I take that very seriously. I want to be very clear on a couple of things… Kosciusko County Sheriff’s Office will not support or assist on any gun buyback programs. (We) will not be knocking on your door and taking your guns away.”

Dukes added that the Federal Government needs to come together and have “serious conversations” regarding mental health. The Sheriff also stated that is it “truly an honor to be Sheriff of Kosciusko County. I believe 100 percent that I work for you. I want to thank you for supporting law enforcement in Kosciusko County. I get positive messages every week from great people (in Kosciusko County).”

Below is the policy and ordinance passed in full: 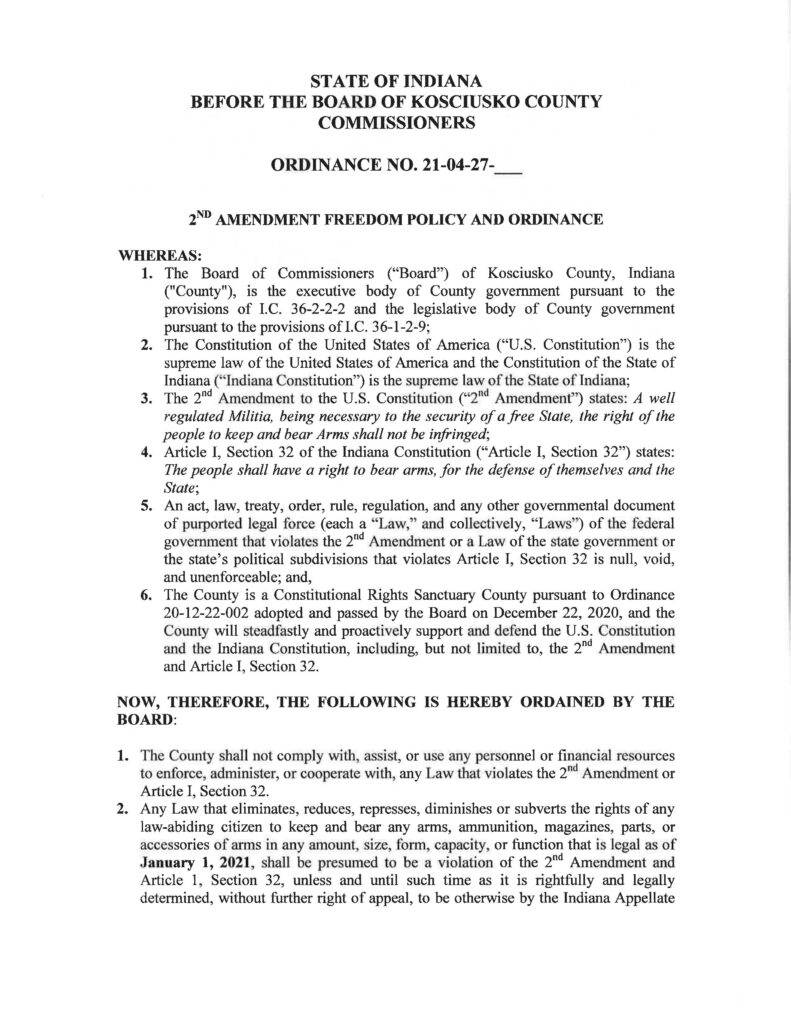 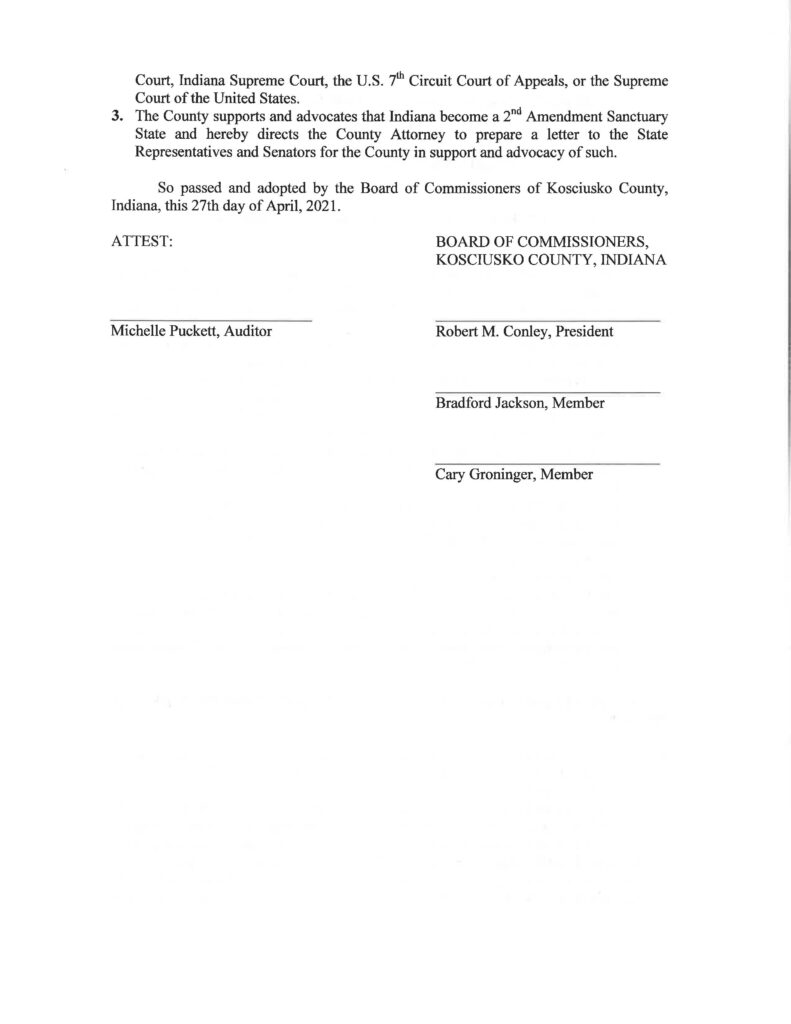