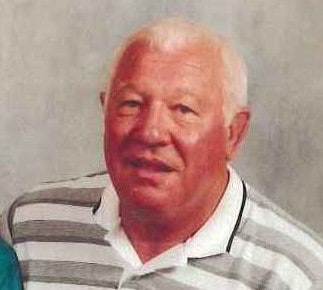 He was a lifetime resident of Whitley, Noble, and Kosciusko counties. He graduated in 1953 from North Webster High School and was a United States Army veteran. He attended Murray State University in Murray, KY, Boise Junior College in Boise, ID, and graduated from the College of Idaho in Caldwell, ID with a Bachelor’s Degree in education. He received his Master’s Degree from St. Francis in Fort Wayne, IN and attended Ball State & St. Francis Universities working on his Ph.D. On March 21, 1970 in Columbia City, IN to Marlene K. Leedy who survives. He retired after 30 years as the owner / operator of Hills Trucking Company and drove for Starfleet in Middlebury, IN. He formerly taught for 12 years in Idaho, Warsaw, Etna Troy, Wolf Lake, and Concord Schools.

He was a member of American Legion Post 253 in North Webster and was a 32th Degree Mason in Fort Wayne. He formerly attended the Calvary Baptist Church in Oswego and was a former member of the Masonic Lodge in Ligonier.

He is survived by:

Son – Steve Hill of Wheatfield, IN

He was preceded by his parents & 2 brothers – Jerry & Jim Hill.