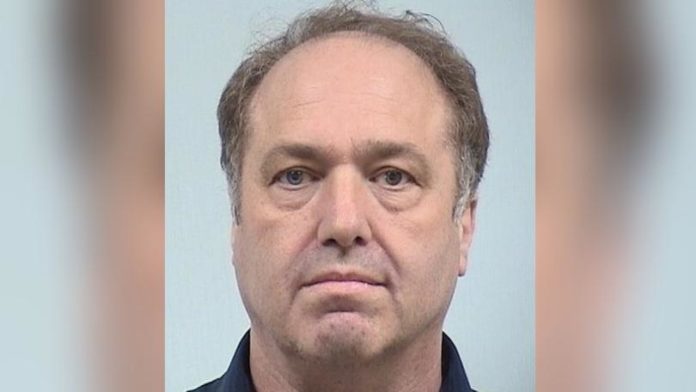 Former Kosciusko County Sheriff Aaron Rovenstine has been denied a request to treat his conviction as a misdemeanor instead of a felony.

The court docket on the Rovenstine case reveals that on May 7, Rovenstine’s Indianapolis attorneys filed a Motion for Alternate Misdemeanor Sentencing.

If approved, this would have created an alternative sentence for Rovenstine, labeling his crime as a Class A misdemeanor.

Despite Rovenstine serving a year probation, completing 250 hours of community service, and meeting with Detective Paul Heaton as part of the Victim Offender Reconciliation Program, the request was denied.

This means that Rovenstine is still considered a felon in the state of Indiana and is no longer allowed to carry a firearm.

The special judge denied the request because it was brought fewer than three years from the date Rovenstine completed his sentence, which conflicts with the Indiana code for alternate misdemeanor sentencing.

Rovenstine’s lawyers also did not indicate under which statute they were making the request, which means it was not verified.
The judge’s decision says if Rovenstine’s sentence had been reduced to a misdemeanor it could allow him to get his conviction record expunged. Expungement is not allowed as long as the conviction remains a felony.
The decision notes the importance of this in case Rovenstine were to run for political office. If his only criminal record were to be expunged, it is unclear if his candidacy would still be barred under state code.
“This Court is unwilling to reduce Defendant’s conviction to a misdemeanor if doing so would allow him to ever again run for political office in the State of Indiana,” writes Judge Stephen Bowers. “The Court is similarly unwilling to reduce to Defendant’s conviction to a misdemeanor if doing so would potentially lead to the expungement of any conviction record on this case.”
Bowers adds that a reduction of the conviction to a misdemeanor would be considered if these impediments were removed.
Marshall County Prosecutor Nelson Chipman says his team is happy with the denial of Rovenstine’s alternate misdemeanor sentencing request.
“As you would expect, Chief Deputy Prosecutor Tami Napier and Deputy Prosecutor Matt Sarber, and I are pleased with Judge Bowers decision, and particularly the intricate bases of how he reached that decision,” he explains.