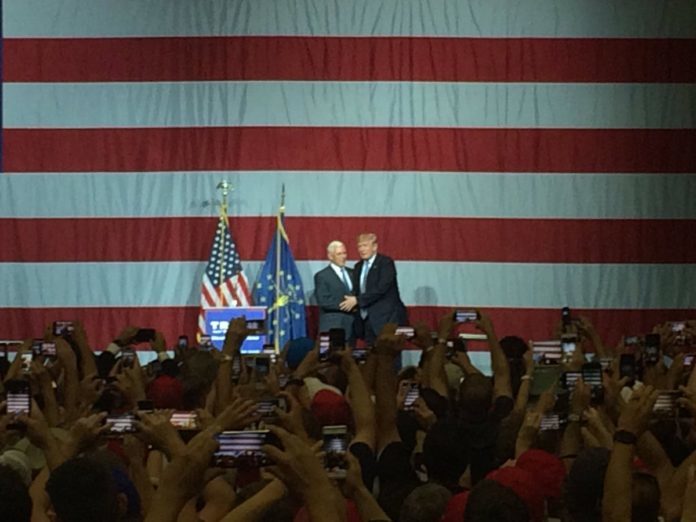 The governor introduced Trump during a rally in the Indianapolis suburb of Westfield.