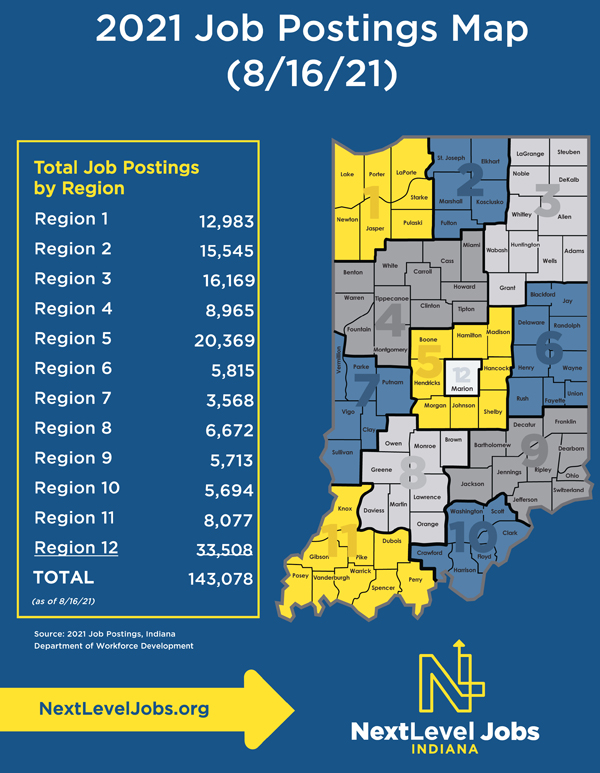 INDIANAPOLIS – More Hoosiers are returning to work ahead of the Sept. 6 scheduled expiration of federal pandemic unemployment insurance benefits, according to July employment data from the Indiana Department of Workforce Development (DWD).

Industries showing the most job growth in July include manufacturing (+4,800); trade, transportation and utilities (+4,500); private educational and health services (+2,800); and professional and business services (+2,700).

Job postings from employers around the state total more than 143,000, according to DWD.

For Region 2 – which includes the counties of St. Joseph, Marshall, Fulton, Elkhart and Kosciusko – total job postings were 15,545.