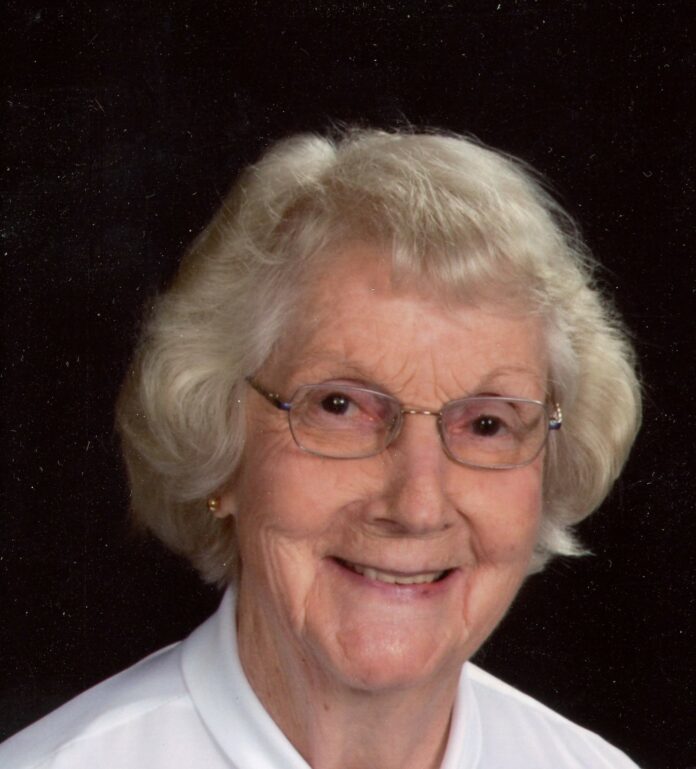 Born on August 10, 1927, in Burket, Indiana, Jeannette was the daughter of Earnest and Hazel (Ellis) Shively. She was united in marriage to William Sadler on September 12, 1998, at Claypool United Baptist Church who preceded her in death September 6, 2016. In addition, she was preceded by her first husband Ward Bradway.

She was a graduate of Warsaw High School in 1945. She was formerly employed with the United Telephone Company and Zimmer.

Jeannette played on one of the most talented Women’s Softball Teams in Indiana. She was a member of the Warsaw Women’s Bowling Association and was inducted into the Bowling Hall of Fame. She attended Pleasant View Bible Church. She enjoyed playing the piano and played by ear. She was a huge Warsaw Tiger basketball fan.

Interment services will be held at the Oakwood Chapel, Oakwood Cemetery on Thursday January 6, 2022, at 11:00 a.m. with Pastor Brian Smith officiating. McHatton-Sadler Funeral Chapel, Warsaw is entrusted with arrangements.