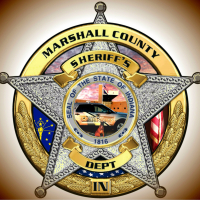 A Marshall County inmate tried to escape custody while at the Plymouth hospital.

WNDU reports that Jeffrey Campbell was using the restroom when he forced the door closed and locked it. Officers say he then removed several ceiling tiles to access a metal platform above the ceiling in an attempt to escape.

Officers found him in the ceiling above the emergency room. Additional charges are expected.