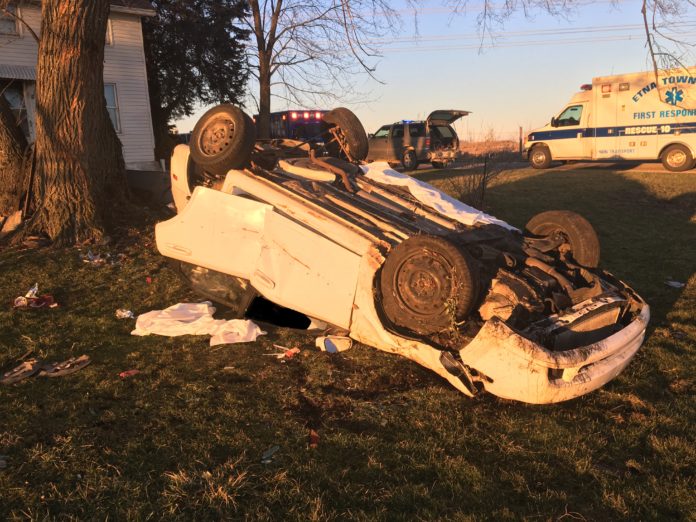 Kosciusko County officials are currently investigating a motor vehicle traffic crash on 900 West near 700 North near Etna Green. One man died of injuries and one man sustained critical injury in the single vehicle rollover crash.

The driver was found unresponsive in the 2008 Suzuki, and was pronounced dead at the scene from his injuries by the Kosciusko County Coroner’s Office. He has been identified as 35-year-old Jeremy A Hartzell of Nappanee. A male passenger in the vehicle sustained serious injuries in the crash and was transported to Lutheran Hospital Fort Wayne for treatment.