While the orange and black design of the new Warsaw-Wayne Fire Territory’s rescue truck is catching the eyes of many residents, its job is to help save residents in some of the scariest moments of their lives.

Lieutenant Travis Rowland gave News Now Warsaw a tour of the rescue truck, which he says was three years in the making. The Equipment and Truck Committee built the truck line by line and step by step, according to Rowland.

The truck boasts a 2017 international commercial chassis, replacing one from 1998. Even more impressive are the many things within the truck. Though Rowland calls it a “simple truck”, the well-thought-out storage compartments make it seem anything but simple.

He showed us storage on top of the truck, compartments that pull out of the sides of the truck, and even that the stairs in the back that lift up to access even more tools first responders may need on the scene. 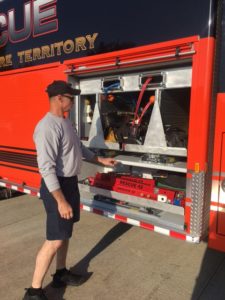 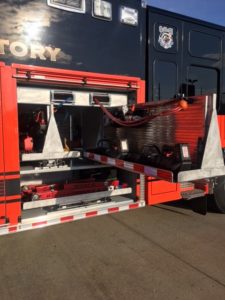 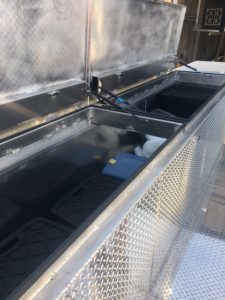 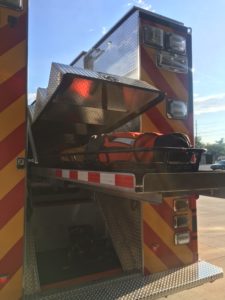 Some of the choices made by the Equipment and Truck Committee include equipping the truck with battery-operated cordless auto extrication tools. This means first responders will have lighter-weight and more effective “jaws of life” to use. 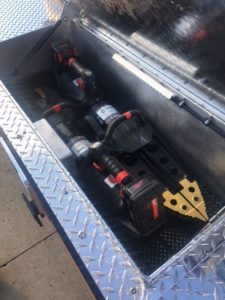 Though the truck does not have water on it, it has a 60 gallon cafs system, which would allow for putting out smaller fires, like those at the scene of a crash.

“This truck does not have a typical fire pump on it. It has a foam system, so that when we respond to traffic accidents we’re able to protect the people inside the car and the workers around the vehicle while we’re doing extrication,” Fire Chief Mike Wilson told the Times-Union.

The cafs foam system could be used to put out a car fire at the scene of a crash, which could help crews keep rescues within that “golden hour”– a time-frame Rowland defines as the time of the accident to the time of arrival at a trauma center.

Lieutenant Rowland says the Equipment and Truck Committee made sure the truck met the service company qualification, which will help with the community’s ISO rating– the determination given that affects how much residents pay for insurance. Some of the criteria met include the tools needed to do ventilation work at a house fire.

The rescue truck’s cab fits five people, and the seats can be reconfigured to fit up to ten people if needed, which Rowland says allows for extra rehab inside the vehicle. Additional space means some preparation can be done inside, which can help cut response times. 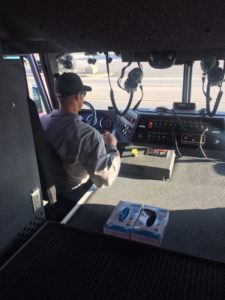 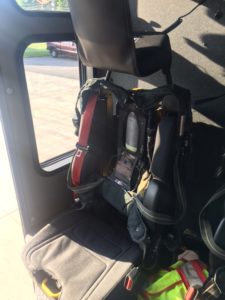 Another feature the Warsaw-Wayne Fire Territory showed News Now Warsaw is a light tower on top of the truck. It raises up and can tilt a full 360 degrees, allowing for better lighting on rescue calls. See it in action in a News Now Warsaw exclusive video:

The truck also allows the department some networking opportunities, as they worked with fire departments from around the globe to determine what pieces and parts they wanted to incorporate in the Warsaw-Wayne rescue truck.

Why the new orange and black design, as opposed to the traditional red? They first got the idea from another truck they saw at the Fire Department Instructor’s Conference in Indianapolis.

“We thought it’d be kind of cool to have that for the school colors, Warsaw Community Schools, and we ended up getting the tiger head and claw mark up there on the cab also just to set it off. It’s something completely different than anything we’ve ever had,” says Rowland.

The truck was paid for with the equipment replacement funds, which is part of the budget for the Fire Territory.