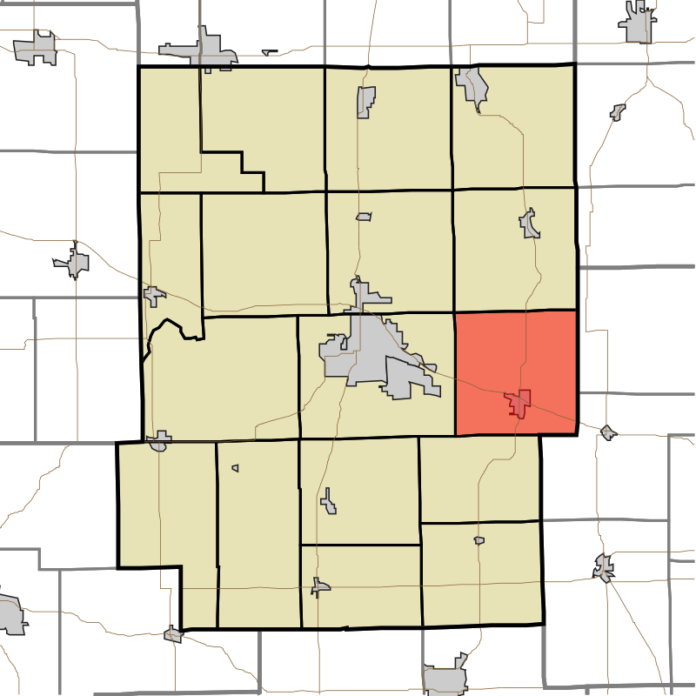 A Warsaw man was arrested at gunpoint Tuesday after police found him trying to break into a home.

According to the police report filed in the case, at 2:50 p.m. Tuesday, Pierceton police officer Ashley Jones and town marshal Tim Sammons responded to 5987 S. Monroe Drive, Warsaw, in Seller’s Lake 4 miles from Pierceton, in reference to a possible breaking and entering in progress.

Upon arrival, police spoke with a woman who said an unknown man was trying to gain entry into the home and was currently on the north side of the home that is located in a locked, gated back yard. The woman described the man as white with dark hair, wearing a green T-shirt and shorts. The woman told police she was scared and locked herself in the bathroom until the police arrived.

Officers then went through the home and encountered a 10-foot chain link fence, leading police to believe the suspect had scaled the fence to make entry into the back yard.

As police were turning the corner, according to the report, Sammons saw the suspect, later identified to be Brubaker, attempting to make entry into a window of the residence.

Police ordered Brubaker to the ground at gunpoint and then placed him in handcuffs.

When police asked what he was doing, Brubaker allegedly said he was there to visit his friend. Brubaker told police his “friend” was the dog in the back yard.

Police spoke with the homeowner, a woman who had returned to the home during the scuffle, and she said earlier as she was backing her car out of the driveway, Brubaker had attempted to get into her vehicle multiple times and she told him to leave.

No one at the home knew Brubaker.

At the scene, according to the report, Brubaker said that an unknown person “had injected him with some type of drug while he was sleeping.” However, Lutheran EMS medics checked Brubaker out, discovered no needle marks and determined Brubaker was just delusional about being drugged.