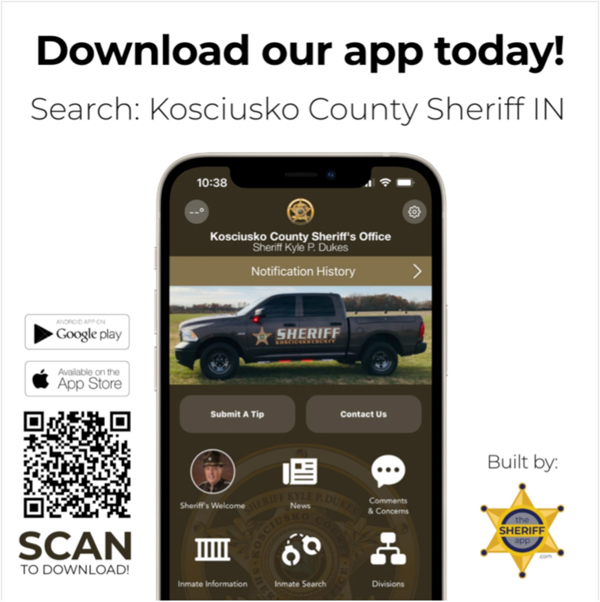 Kosciusko County Sheriff Kyle P. Dukes on Friday announced the release of the new smartphone application for the sheriff’s office.

The app will serve as a way for the Kosciusko County Sheriff’s Office to connect with Kosciusko County residents and visitors, providing information quickly and efficiently to anyone with a smartphone, according to the news release announcing the app.

The KCSO app was developed by TheSheriffApp.com, a division of OCV LLC. The app offers access to items of public interest and is easy to use, the release states.

In just a few clicks, users will be able to access features such as: a sheriff’s welcome, news, comments and concerns, inmate information, inmate search, divisions, submit a tip, contacting the sheriff’s office and more.

“More and more public safety agencies are realizing the opportunity they have to reach and serve their public where they are … on their smartphone,” Kevin Cummings, OCV vice president, is quoted as saying in the news release.

The KCSO app is available for download for free in the App Store and Google Play. Search “Kosciusko County Sheriff IN” to find it.