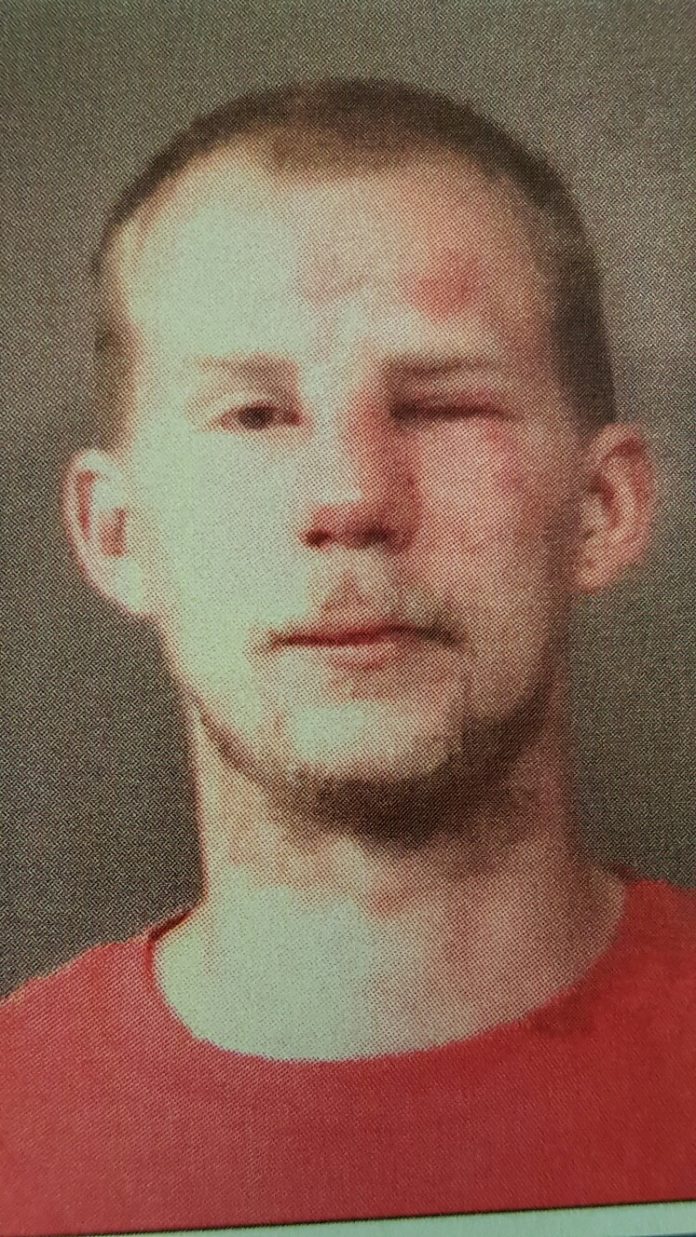 A Syracuse man was arrested Saturday for intimidation with a deadly weapon, battery causing moderate bodily injury and carrying a handgun without a license.  25 year old Jeffery Allen Adkins was arrested Saturday morning after a Warsaw Police Department officer responded to shots fired at the Time Out Inn in Warsaw.

The officer arrived and found a subject identified as Jeffrey Adkins being held down in the parking lot.  Shaun Belin, an off-duty bouncer for Time Out, said he was drinking in the bar with another off duty bouncer for the Time Out. They noticed Adkins was causing problems with other patrons and asked him to leave. Adkins struck the bouncer with a beer bottle on the left side of his face, walked into the middle of the parking lot and yelled, “I have a gun, I will shoot all of you.” Adkins then retrieved the handgun from his car and fired it into the air. Subjects then tackled Adkins and took him to the ground and held him down until the police arrived.  The officer spoke with Adkins, who denied owning a handgun. Adkins later admitted he owned the handgun. The officer found Adkins did not possess a handgun permit.