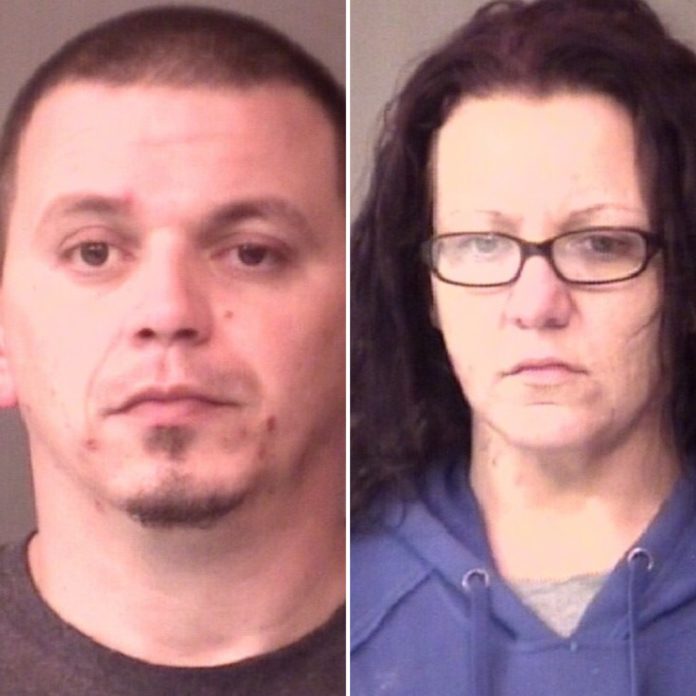 Two individuals are in jail after a report of gunshots fired in the town of Etna Green.

Kosciusko County Sheriff’s Department Deputies responded to a call shortly before noon today at the 200 block of west Railroad Street in Etna Green, in response to a male subject that had discharged a weapon, according to 1st. Sgt. Chad Hill of the KCSD.

A Kosciusko County Sheriff’s Deputy responded within minutes of the call, and located the suspect vehicle leaving Etna Green. The officer followed the suspect vehicle northbound on SR 19 with his emergency lights activated for a substantial amount of time, until the vehicle eventually pulled over near the area of CR 600N.

During the traffic stop, a 9 mm handgun was located inside the vehicle, along with $600 in cash and a small, clear bag containing a white power substance. Officers’ later field-tested the substance and it tested positives as methamphetamine.

As officers were conducting the traffic stop, other deputies, detectives and crime scene technicians met with witnesses near the original incident location on Railroad Street. It was discovered that a parked vehicle near the original call had been shot into by a firearm seven times.

Officers were able to determine that there had been an earlier argument at the location regarding a previous exchange of money. Apparently, the argument then escalated whereas Stewart became irate and discharged his handgun before fleeing the scene.

Hanson was arrested and preliminarily charged with theft, but was also discovered to have an outstanding failure to appear warrant issued from St. Joseph County, Indiana. She, along with Stewart, are both being held in the Kosciusko County Jail.