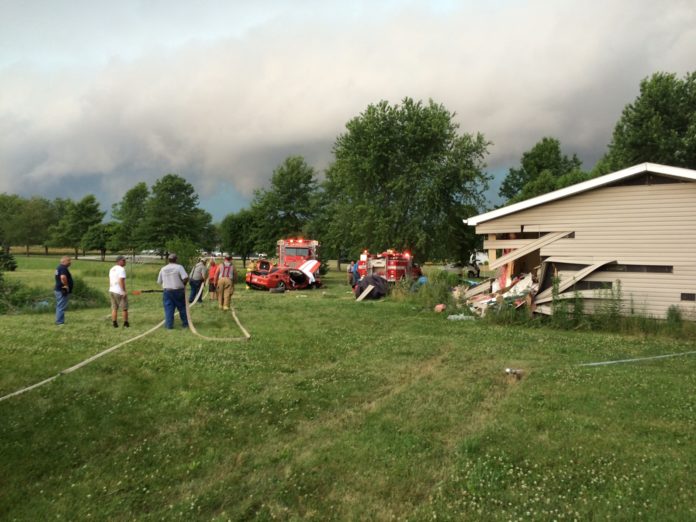 Two men were seriously injured Monday afternoon after their vehicle struck a house near Leesburg. Emergency crews were called to the 3900 block of County Road 150 West around 3:30pm, where they found a car that had collided with the house. The driver, 23-year old Erick Michael Sawyer of Warsaw, was taken to KCH in serious-but-stable condition. 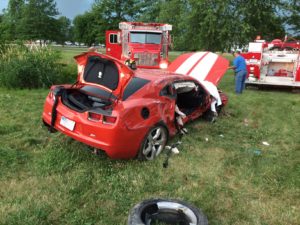 His passenger, 22-year old Eli Hernandez of Warsaw, was trapped inside the vehicle and had to be extricated by firemen from Wayne and Plain Townships. Hernandez was taken to Lutheran Hospital in Fort Wayne with a serious head injury. Investigators say it appears Sawyer was driving on County Road 150 at a high rate of speed and lost control of his car. The crash ruptured a natural gas line to the home, which was secured by NIPSCO. That crash remains under investigation.