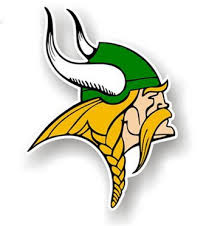 “Now that we’ve got the scope kind of established, now we want to take it into a little bit more detail to other people, even custodial, technology, coaches and some of those things,” Schipp said. Everyone has been very responsive in regards to their needs in the project and it has been a very good process, he said.

Schipp went over some of the changes to the plans for the project.

Some of the changes included added a small training room and coaches’ office by the locker room.

From the field house, Fanning Howey has heard from the community meetings about people wanting to see the courts from a spectator point of view. Changes were made to the middle of the field house to accommodate spectators seeing what’s going on.

For the auditorium, the design tries to maximum seating. One of the changes to the design was to take a out what Schipp referred to as a “bumatory” in the middle of the auditorium in order to add 30 more seats for a total of approximately 649 seats, Schipp said.

Schipp said he is planning on having his pool consultant take a look at the pool.

He said the project schedule includes updates to the Board in November. On Dec. 20, Fanning Howey will update the Board on the project and request authorization to send work out to the bid and release the bid documents to bidders on Dec. 21.

In January, there will be a pre-bid conference with potential bidders with the receipt of bills to be done by Feb. 1. Fanning Howey is looking to award the contracts on Feb. 1 and commence the construction March 1.

In other business, TVHS moved to virtual learning last week due to the number of quarantines, Conley said.

According to a previous press release from TVSC, TVHS and Burket Education Center reverted to virtual instruction (remote learning) starting Sept. 7 and returned to in-person instruction on Sept. 13.

TVSC will remain mask optional for students and staff and the corporation will continue to monitor cases as its done in the past, he said. The corporation continues to report its cases to the Indiana State Department of Health and the corporation appreciates “our Valley family and community support and understanding.”

During Monday’s school board meeting, elementary and middle school principals will present the iLearn results to the Board from 2021. There will be data for the Board to look at.

The Board will also have its budget hearing and be asked to accept several donations at Monday’s meeting.

The Mentone Alumni is donating $250 to the student activities funds at Mentone Elementary School, Conley said.

The biggest donation the Board will be asked to approve is a $100,000 Indiana Department of Homeland Security grant.

This year, the focus will be replacing and updating a lot of the security cameras in the school corporation, as well as the corporation’s subscription to its Raptor system, Conley said.