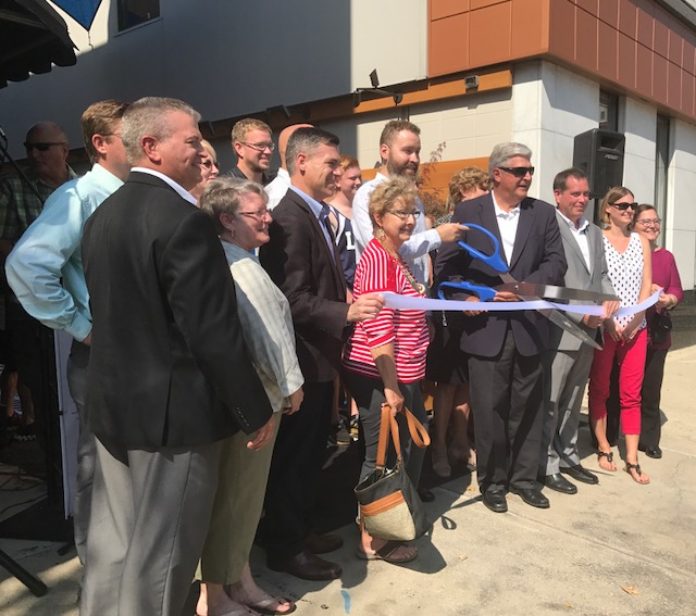 “It sounds simple, and some people may think that its kind of odd, but actually its really cool.”

A ceremony was held Wednesday which celebrated the completion of the alley project, which was paid for by crowdfunding donations and a matching grant from IHCDA.

U.S. Congressman Jim Banks attended the ceremony and had kind words for the city.

After speeches, a ribbon-cutting was performed and ice cream was provided to ceremony attendees.

See a video of the speeches here: