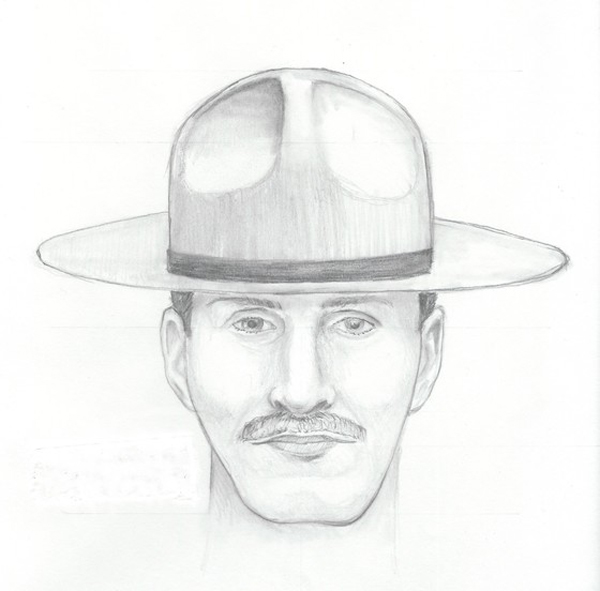 COLUMBIA CITY – The Indiana State Police is assisting the Whitley County Sheriff’s Department with their active criminal investigation of an unidentified man impersonating a police officer while conducting a traffic stop in Whitley County.

The incident occurred March 31 at approximately 10 p.m. A female driver reported being stopped by a man impersonating as a police officer on a rural stretch of West Lincolnway between Columbia City and Pierceton, according to a news release from the ISP.

The suspect is described as a white male, possibly 30 to 40 years old, tall with a muscular build, a moustache and wearing a campaign-style police hat.

The suspect vehicle is described as a white passenger car, unknown make and model, displaying a flashing red and blue emergency-style lights on the dashboard.

Whitley County Sheriff’s Department detectives, in coordination with an ISP sketch artist, have worked with the victim to create a composite sketch of the suspect (see picture).

Authorities are actively seeking the public’s assistance. Anyone with information that may help detectives identify this suspect are asked to contact the Whitley County Sheriff’s Department tip line at 260-244-6410, option 4, or by email tips@whitleysd.com.

At this time, there is no further information that can be released.