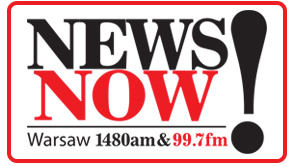 KOKOMO, Ind. (WISH) — A 3-year-old wolf hybrid named “Ebony” is on the loose in Kokomo.

She evaded capture Tuesday evening despite reported sightings near various restaurants on the west side of State Road 931, near Kentucky Drive.

Wolf hybrid owners are required to keep the animals in secure, roofed enclosures under Indiana law.

“My female husky is the one that figured out how to get in the corner, dig under the dig guard and get up under the fence,” Robinson said. “Obviously, they followed suit and they followed behind her.”

He managed to rein in the husky but the hybrids were too fast for him.

They had never run away before, according to Robinson, and were likely “much more scared” than the people they had encountered.

Catching the part-dog, part-wolf mix took three hours and “a lot of patience,” according to Christy Johnson, founder of Buddy’s Bandits, an animal rescue group leading the search for the hybrids.

Feeding stations and live traps set up to capture Ebony will only work if people refrain from feeding the furry fugitive, she said.

By Tuesday night, she had been spotted near McDonald’s, Burger King, Arby’s, Cracker Barrel, Gabe’s Pizza and a housing addition near Chili’s, according to Kokomo residents.

Ebony is black with gray fur around her mouth and weighs about 110 pounds. Do not feed, pet or attempt to catch her.