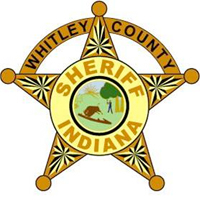 WHITLEY COUNTY – Two Warsaw residents were among the three people killed Wednesday morning in a four-vehicle accident at the intersection of U.S. 30 and CR 800E in Whitley County.

At approximately 6:47 a.m. Wednesday, a passenger car – a 2014 Toyota – occupied by five people was eastbound on U.S. 30 when it was hit by a semi-tractor trailer that was turning southbound off the westbound lanes of U.S. 30 onto CR 800E, according to a Whitely County Sheriff’s Department report. The semi then hit two other stopped vehicles at the light northbound on CR 800E.

The driver of the 2014 Toyota was listed as James M. Hagwood, 50, Plymouth, and died from injuries suffered in the accident.

Two of his passengers, Sylvia Perales, 59, and Jesse L. Perales, 29, both of Warsaw, also died.

The driver of the semi was Thomas Stanley Leo Holt Clifford II, Rockford, Ohio, and he was released at the scene.

Mabel Recinos, 34, Fort Wayne, was the driver of a 2010 GMC that was hit by the semi and was released at the scene.

Kenton L. Gibson, 34, Woodburn, was the driver of a 2000 Chevrolet hit by the semi and was released at the scene.