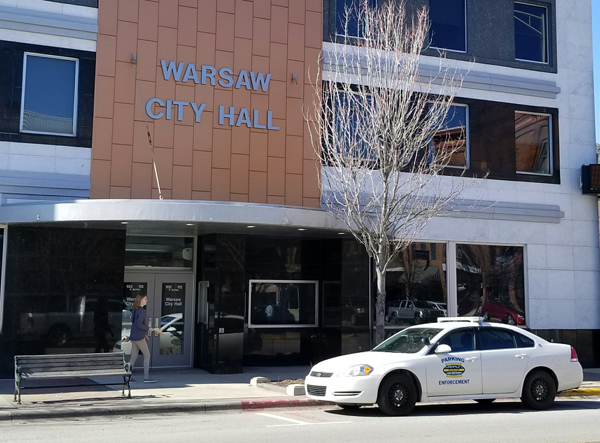 Summer may seem like forever away, but the Warsaw Board of Public Works and Safety on Friday approved a number of contracts for the Lakes Festival and Summer Concert Series.

Parks and Recreation Department Recreation Director Stephanie Schaefer presented five contracts for the Lakes Festival, which is scheduled for July 9.

Warsaw Mayor Joe Thallemer explained, “So, this is new. This is essentially combining the annual Blues concert with the Lakes Festival and turning it into a day-long event. Looks like there’s going to be some great entertainment, which is what we’re considering here today, but the traditional Friday evening show has been upgraded to an all-day on Saturday with some lake and stream education from Lilly. We’re real excited about it.”

He said they were planning the festival a couple of years ago but it didn’t happen because of the pandemic. “This will be really exciting,” Thallemer said.

“The day is coming together really well,” Schaefer said.

After the Board approved those contracts, Schaefer presented nine contracts for the Summer Concert Series, which were all approved.

Thallemer said the grant funding came from the Indiana Arts Council and the KCCF and “we really appreciate that.”

In other business, the Board approved:

The report includes the pay for the new Warsaw-Wayne Fire Territory fire chief, Garrett Holderman, of Arizona, who will receive a full-time, biweekly pay of $2,774.60. His estimated start date is Feb. 21.

Holderman is replacing Mike Wilson, who is retiring June 1.

• Pay application No. 4 from Structurepoint for $43,912.50 for the Anchorage Road project, as requested by Community Economic and Development Director Jeremy Skinner. It is an 80/20 Indiana Department of Transportation funded project, which means the city will pay 100% but then INDOT will reimburse 80% of the cost.

Skinner said, “We’re almost all the way through right-of-way services, that’s why you see this payment for $43,912.50. I think they have most of the properties appraised and now we’re about half way through the buying process.”

• Contract amendment No. 2 for the Lincoln neighborhood sidewalk project, as requested by City Planner Justin Taylor. This is a zero-dollar amendment that became necessary due to difficulties related to the acquisition of parcel No. 20. A small portion of the project required a redesign to avoid pushing the project back to 2026. The funds earmarked to acquire the parcel went to the redesign expense.

• For the Warsaw Police Department to apply for an Indiana Department of Homeland Security local body camera matching grant, as requested by Capt. Joel Beam. The grant, if received, is a 50% match and capped at $400 per full-time officer.

Beam said WPD has had body cameras since 2014 and they’re starting to age and need replaced.

• Pay application No. 3 for $194,022 to HRP Construction Inc. for the McKinley Street storm sewer improvements, as requested by Utility Superintendent Brian Davison.

He said the project was going “real well” and they are “way ahead of schedule.”

• Pay application No. 121 for $736,578 to Kokosing Industrial Inc. for the wastewater treatment plant expansion, as requested by Davison.

He noted the project is a “little behind schedule” because “like the rest of the world” they’re trying to get all the components they need to complete it.