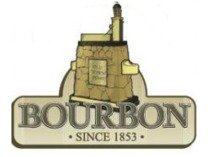 BOURBON – It was standing-room only at the Bourbon Town Council meeting Tuesday night as a number of residents were looking for answers on why the council members were moving ahead with a fire hydrant fee.

Up to this point, residents have not had to pay anything for the 102 hydrants. If the fee structure is adopted, it will be phased in over a four-year period.

Council Vice President Larry Wattenbarger said, “There was talk about doing it (imposing a total fee) the first year, but we decided to go over a four-year period.”

It was noted that due to the high “6” rating for ISOs that property owners receive a discount on insurance.

Board President P.J. Hanley was out of town. Both Wattenbarger and council member Les McFarland voted to approve the adoption of fees on first reading. There will be a public hearing in November and the council could suspend the rules and vote on the proposed fee schedule on second and third readings.

One resident, who did not identify himself, said, “So it is saving the general fund? Have we looked at all avenues?”

Berger cited examples of how the department heads have worked to keep their budgets in line. She said Police Chief Bill Martin is able to provide 24/7 coverage by using reserve officers. Martin said by using the reserves, the town saves about $20,000 a year. Berger said she is working with NIPSCO to replace all of the town’s street lights bulbs with LED bulbs that should prove to reduce the monthly cost.

The fee schedule was initially prepared by Eric Walsh of BakerTilly municipal advisors. Berger told the audience that she would ask Walsh for details on how he arrived at the fee.

In other matters, the council will hold a real estate auction prior to the regular council meeting in November. Wattenbarger said the property at 207 W. Park Ave. is being sold “as is.” Steve Stacy, Water/Waste Department superintendent, said a new owner would not have to pay the normal tap fee of $1,500 due to how the lines are installed, if the owner had a builder use the existing lines.

Stacy reported that work on Thompson Street has been completed and he requested to have Hensley Concrete install new sidewalks. The cost for the sidewalks was set at $14,000. The council voted 2-0 to move ahead with the project.

The full-time officers at the police department will be getting new cellphones that will be the property of the town. Currently, officers are given a stipend of $25 per month to compensate for the use of their personal phones. The monthly cost will be a $14 increase; however, the stipend will be dropped. Horizon has agreed to replace cellphones every nine months and the lines will be secured.

Although he was absent from the meeting, Street Superintendent Roger Terry requested clarification on clearing of debris. Seemingly, the problem they are experiencing comes from professional tree service companies who are leaving debris for the street department employees to remove. The council supported the current wording in the ordinances that state professional services companies must clear anything debris they create; however, they can use the town’s dumping area if the debris is from a Bourbon resident’s property.

The annual costume judging contest will be at 6:30 p.m. Oct. 18. It coincides with Food Truck Friday. If there is inclement weather, the contest will be moved to the Church of Heartland facility.

Trick-or-treat night will be from 5 to 7 p.m. Oct. 31. Berger said several local church groups are hold “trunk or treat” offerings at the high school parking lot.