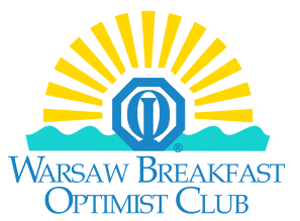 The first contest is an essay contest, and the other is a speech contest.

Requirements for the essay contest are that the student has not completed high school yet and has to be under 19 as of Oct. 1, 2020, Benyousky said. All essays and applications have to be submitted to her at juxtapaused@gmail.com by midnight Feb. 14.

The application can be found online at www.optimist.org/Forms/20-21_Essay_Application.pdf.

The topic of the essay is “Reaching your Dreams by Choosing Optimism” and was set by  Optimist International so everyone would be writing about the same subject. Essays should be between 700 and 800 words long, she said.

Benyousky said while students have to write the essays on their own, the club does have experts available that can aid students in writing the essays, noting the experts are available to help over the phone.

On the local level, there will be two or three judges that will be judging the essays the week after they are submitted,  Benyousky said. Winners are announced within 10 days or so.

Benyousky said there will be a rubric that will be used to judge the essays. As an English teacher, she said it was similar to what is generally used to judge essays in school, such as judging how well it’s organized, among other things.

Benyousky said the contest is a great way for people to check their writing skills and possibly go further in district and national levels.

Prizes on the local level are $200 for first place, $100 for second and $50 for third, Benyousky said. There is no restriction or requirements to what the prize money can be used on. Winners will also be advanced to the district-level essay contest. Further prizes are available on further levels.

The other contest the Warsaw Optimist Breakfast Club is offering is the speech contest.

Jeff Owens, coordinator for the speech contest, said the topic of the speeches is  “Healing the World with Optimism,” which was also set by Optimist International.

This is not the first time the club has sponsored the speech contest.

“In its current form, this is the 14th competition in the last 15 years. Last year was canceled due to the Pandemic. The Warsaw Breakfast Club has been offering this contest since it’s inception in 1958, with some breaks,” Owens said.

In order to apply, submitting the application is the first step, which must be submitted by March 25. It can be emailed to contest@jeffowens.net or mailed to Jeff Owens, chairman, 504 S. Colfax St., Warsaw IN 46580, Owens said. “We are limited to a maximum of 20 participants.”

The application form can be found online at www.optimist.org/.

Owens said requirements include being under 19 as of Oct. 1, 2020. According to the application form, it is open to students who have not graduated from high school yet.

“It is open to anyone who meets the criteria and not signed up with another club’s contest,” he said.

“This year contestants will be scheduled to perform, one at a time, in front of the four judges. Interested parties can watch via Zoom,” Owens said.

The link will be posted at www.warsawoptimist.org.

There will be local prizes, but have not yet determined, Owens said, noting the Esther Pfleiderer Trust through 1st Source Bank has been a 15-year sponsor.  Local winners earn a chance to qualify for scholarships at the state and international level.

During the speech contest, there will be three judges and one time keeper will judge the contest. Grace College, for the fourth year, will provide the judging, Owens said. “Time, presentation, adherence to the subject and poise are all elements of the scoring.”