Involuntary manslaughter, dealing more than 10 grams of narcotics and possession of a narcotic are the three charges Zakkary Pifer now faces. 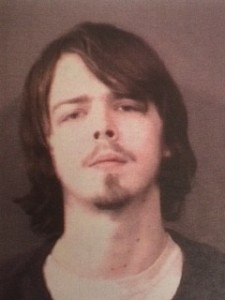 Pifer, 25, of 701 Robson Road, Winona Lake, was arrested Thursday and booked in the Kosciusko County jail with a $25,250 bond.
On Sept. 26, Winona Lake Department responded to an unresponsive male on the back deck of Pifer’s home. Pifer was not at the residence when police arrived.
According to the probable cause affidavit provided by the Kosciusko County Prosecutor’s Office, emergency responders started CPR on Tyler Boocher, 20, of 240 EMS T26 Lane, Leesburg, and brought back his pulse. He was transported to Lutheran Hospital Fort Wayne and given Narcan, a drug to reverse the effects of a heroin overdose. Boocher died in the hospital Sept. 29.
On Nov. 13, a witness told police that on Sept. 26, he received a call from Pifer, who said that “He was not going to be around for awhile because his best friend had just died in his arms.” The witness said that in October, Pifer came to his  home and told him what had happened. Pifer gave Boocher a shot of heroin. Shortly after, Boocher began gasping for air for up to 30 minutes. Pifer held Boocher to his shoulder until he quit breathing, and he then moved him into a chair in the living room.
Pifer’s grandmother, Sue Croy, came home, helped move Boocher to the back porch and let Pifer leave the residence.
Police spoke to Croy Nov. 13. She told the officer that she arrived home to find Boocher lying on the deck. She admitted to trying to protect Pifer.
She then changed her story and said that she received a call from Pifer, who told her to come home as he could not get Boocher to wake up. When she got home,  she helped place Boocher on the porch as she did not want him dying in the home. She then called 911 and Pifer left. According to the report, between 30 and 40 minutes passed before calling for medical attention.
She gave WPD permission to search her home Sept. 26. Inside Pifer’s room, they found hundreds of new and used syringes, various drug paraphernalia and 13.9 grams of heroin. No charges have been filed against Croy at this time.