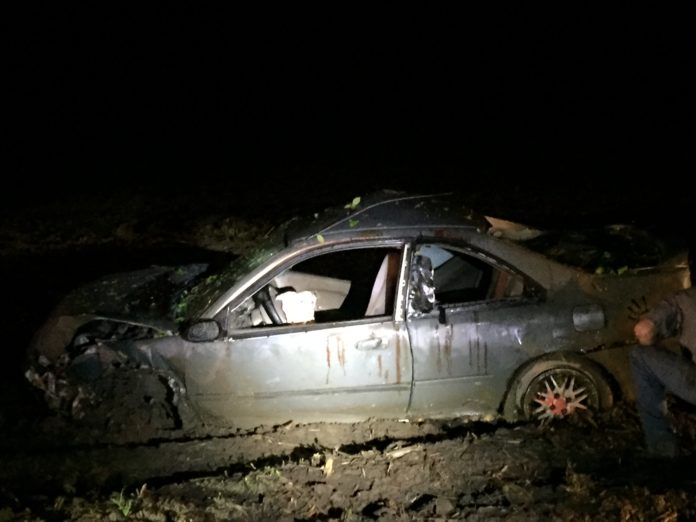 KCSD Press Release – Kosciusko County Sheriff’s Deputies and emergency personnel responded Tuesday night shortly before midnight to the area of County Road 1000 North regarding a vehicular crash.  Officers located white,1993 Honda that has struck a tree, just east of the intersection of the Syracuse/Webster Road.  The driver, identified as Travis M. Mrozinski, 20, Cromwell, was located inside the vehicle, bleeding profusely.  Syracuse/Turkey Creek E.M.S. and Fire Department responded, and immediately transported Mrozinski to Lutheran Hospital, Fort Wayne, in serious condition.  Kosciusko County F.A.C.T. team members initial investigation determined that Mrozinski was travelling east bound on County Road 1000 North, when the vehicle he was driving left the roadway at a high rate of speed, striking a tree on the south side of the road.  Officers also determined that Mrozinski was not wearing his seatbelt at the time of the crash.

The crash remains under investigation at this time.