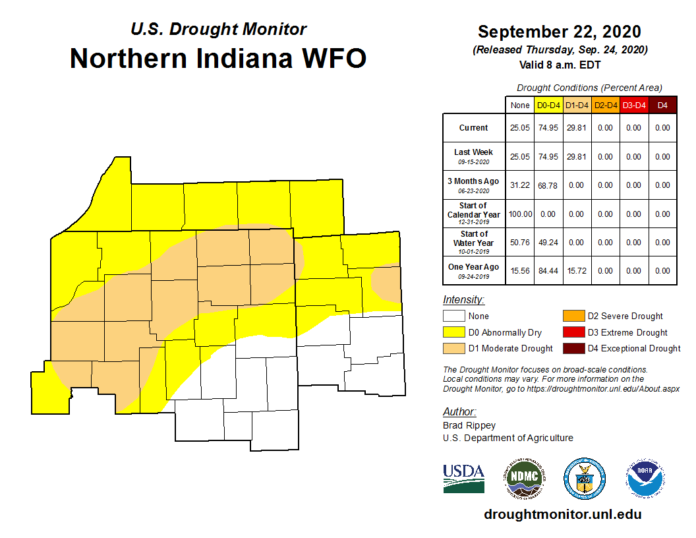 No changes in the newest update in the U.S. Drought Monitor as moderate drought conditions continue across the area.

The below normal precipitation started early in the summer, and outside of a couple bursts of rain on some more of the humid days, things have stayed pretty dry over the past three months. Just over 75 percent of Indiana is now considered “abnormally dry,” up 11 percent from last Thursday.

According to data from the weather station at the Warsaw Airport, no rain has fallen since Sunday, September 13th, and only three days in the month overall have since measurable rainfall, the most on Tuesday, September 8th when 0.18 inches fell.

The only areas of Indiana that remain relatively close to normal with precipitation are a portion of east central Indiana and counties along the Ohio River.