ELKHART COUNTY – The Elkhart County Prosecutor Curtis Hill is seeking life without parole for the woman accused of killing her two children.

Indiana law says life without parole can be sought if the murder victim was under the age of 12.

Pasztor admitted to killing her two children and another man during an interview with WANE-TV, but, she entered an initial “not guilty” plea in court. 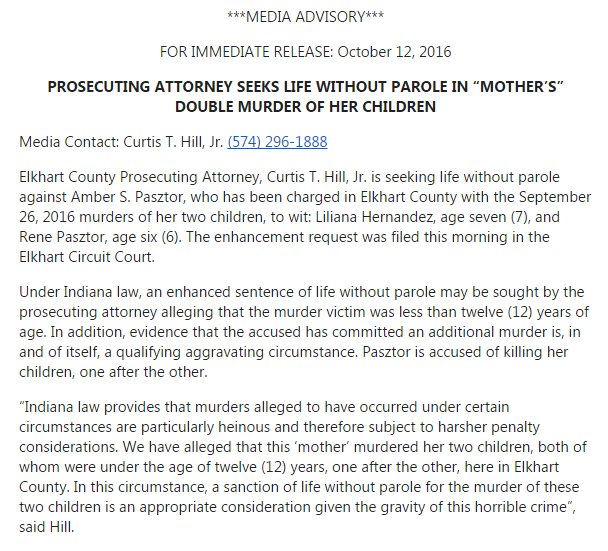