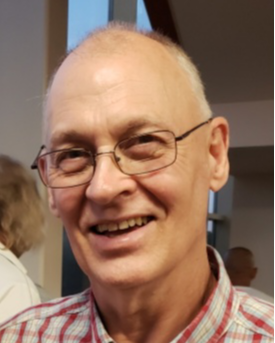 Gene Longmire, resident of Warsaw, passed away unexpectedly at home on Saturday, October 1, 2022. He was 68 years old.

Gene was born Lawrence Eugene Longmire in Knoxville, TN on September 18, 1954, the son of the late L.C. Longmire and Ruth (Holmes) Longmire. He was a 1973 graduate of Plymouth High School and honorably discharged from the United States Army.

Gene spent his professional career with R.R. Donnelley as a machine operator; he was a quiet, independent person. He was handy and could fix most anything. He was also a gun and knife enthusiast and enjoyed movies of all kinds. Most of all, Gene loved his family deeply and more than he could ever express.

Those who survive with memories to cherish include two children: son, Jason (Amanda) Longmire of Syracuse and Gina (Mark) Russ of Plainfield, IN and five grandchildren: Talan, Baylee, Mark Jr., Mason, Matthew and Micah. He is also survived by three sisters but preceded in death by his parents.

Titus Funeral Home, 2000 East Sheridan Street, Warsaw, is entrusted with Gene’s Life Celebration®. Friends may gather at the funeral home on Friday, October 14 from 5 to 7 p.m.

Those wishing to express their sympathy are encouraged to give to Kosciusko Animal Welfare League as Gene loved animals. Written condolences may be left for the family at www.TitusFuneralHome.com