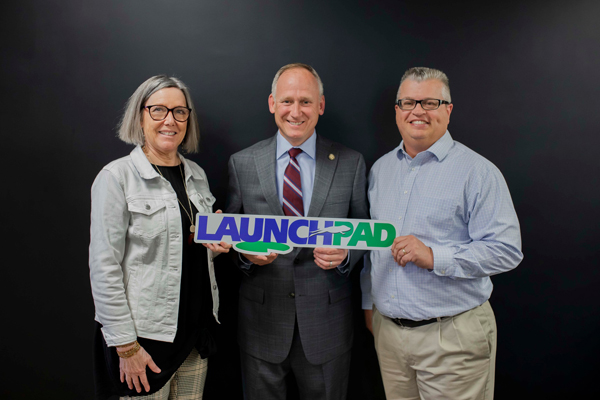 LaunchPad, the Kosciusko County Child Care and Early Learning Coalition, worked with District 18 State Rep. Craig Snow to author and bring forth a bill to remove barriers that were keeping school districts from expanding childcare and early learning, according to a news release from the Kosciusko Chamber of Commerce.

House Bill 1318 passed the House and Senate unanimously with support from both sides of the aisle. This bill removes the restrictions for public and private schools that want to provide more than one type of childcare in their buildings. For instance, if they currently had a preschool operating in an elementary school, they would not be able to operate school-aged care in the same building. The bill also removes a restriction that employees of a school district could only use their school-based childcare if that program was operating in the same building in which they worked.

Sherry Searles, director of LaunchPad, said, “I am thrilled with the passage of this bill. We are convinced that it will increase the level and quality of childcare in Kosciusko County and the state of Indiana as a whole.”

Representative Snow said, “Childcare is a heavily regulated institution and most of those regulations keep our children safe and we want those to remain in place.  However, some regulations just don’t make sense and limiting the number of programs that a school can choose to undertake or limiting school district employees from taking their children to a district-run childcare in a different building just didn’t make sense.”

With Kosciusko County being a childcare desert, LaunchPad is working to remove any barriers that prohibit growth in a safe and sustainable manner, the release states.

“LaunchPad is very thankful that Snow authored, presented and championed HB1318. Childcare is a workforce development issue, and we are grateful that Representative Snow saw the importance of bringing this bill to legislation,” the release concludes.