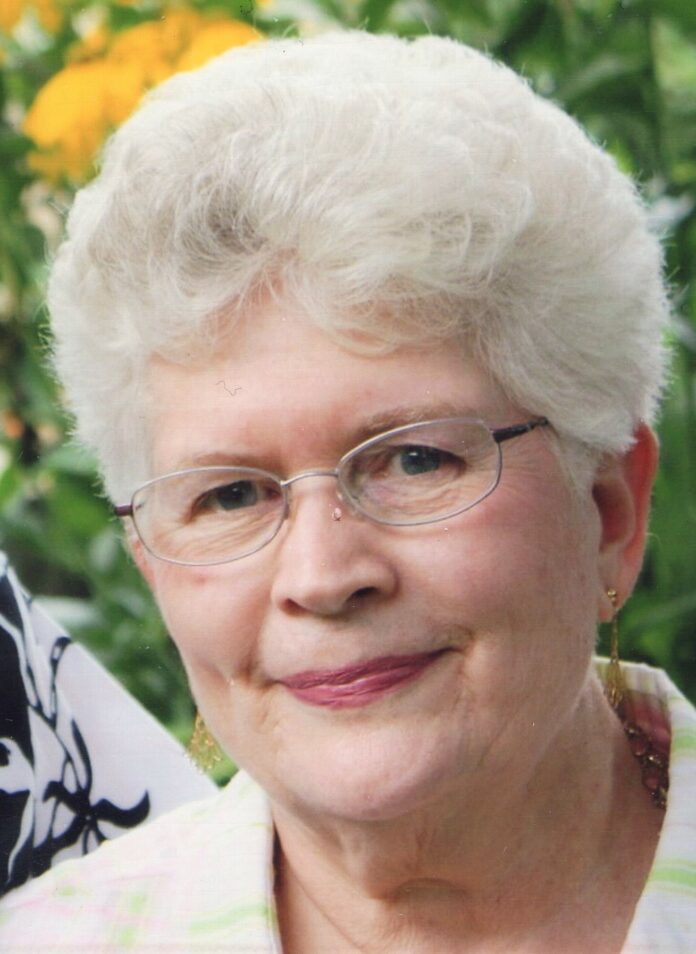 Marilyn Mae Mitchell Roeber a resident of Grace Village Retirement Community in Winona Lake, Indiana passed away at 11:37 a.m. on Saturday January 22, 2022 at Kosciusko Community Hospital in Warsaw, Indiana at the age of 84.

She was born on August 17, 1937 in St. Paul, Minnesota to Mabel Bertine (Selstad) Ibach and Robert Daniel Ibach. Sr.  On June 18, 1961 she was married to John Mitchell, they raised four children before he passed away in 1991.  Marilyn was blessed again to share her life with Donald David Roeber, they were married on July 27, 1996, they shared 17 years of marriage together before he passed away on September 12, 2013.

Marilyn graduated in 1955 from Roosevelt High School, Inkster, Michigan.  She attended Easter Michigan University in Ypsilanti, Michigan where she received her Bachelor of Music and Education.  She had a heart for teaching and enjoyed being a music teacher for hundreds of elementary school children over the span of her teaching career.  She played piano in many churches wherever she happened to be living with her family.  Marilyn moved to Kosciusko County, Indiana 26 years ago and enjoyed living at Grace Village Retirement Community in Winona Lake, Indiana.  Music was always a part of her life and she played the piano regularly at Grace Village Chapel.  She was also a member of Pleasant View Bible Church in Warsaw, Indiana where she enjoyed the fellowship of her church family.  Marilyn was an avid reader, enjoyed gardening and was a member of the Winona Literary Club.  She will forever be remembered as a loving wife, mother, grandmother, step-mother, step-grandmother and sister.  Marilyn will be dearly missed by all who were fortunate enough to have known her.

Marilyn’s life will be celebrated with a memorial service, please check back for updated service time and location.

Marilyn’s life will be celebrated with a memorial service at 1:30 p.m. on Saturday, February 5, 2022 at The Chapel of Grace Village Retirement Community, 337 Grace Village Drive, Winona Lake, Indiana and officiated by Rev. Dick Anderson.  She will be laid to rest next to her first husband, John Mitchell at Cadillac Memorial Gardens in Mt. Clemens, Michigan.   Arrangements were entrusted to Redpath-Fruth Funeral Home, 225 Argonne Road, Warsaw, Indiana.

Memorial donations may be directed to Grace Village Retirement Community, 337 Grace Village Drive, Winona Lake, Indiana 46590 and would be appreciated by the family.