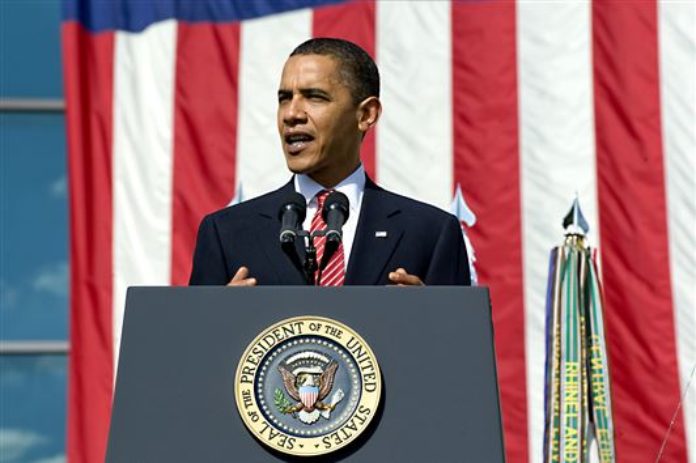 On Wednesday, June 1st, President Obama will return to Concord High School, which was the site of his first trip as President.

The President will highlight the economic progress that Elkhart and America have made, the economic challenges that remain, and the decisions that face Americans in communities like Elkhart. While in Elkhart, the President will also take part in a town hall hosted by PBS, where he’ll have the opportunity to hear directly from Elkhart residents, according to The White House.

“The hard-working citizens of Elkhart have brought the city back,“ Elkhart Mayor Tim Neese, a Republican, told The South Bend Tribune. “But it’s a significant honor any time a sitting president visits your community, regardless of his political party.”

The economy in Elkhart looks different today, than during the recession. Statistics released by The White House show:

Below is an email from President Obama outlining why he is returning to Elkhart:

Just three weeks into my presidency, I made a promise to the people of Elkhart, Indiana.

It was the first city I visited as President. Folks there had been hit harder by the recession than almost anywhere else in America. The unemployment rate was on its way to nearly twenty percent. Companies that had sustained that community for years were shedding jobs at an alarming speed — and hardworking families were losing their homes and health care along with those jobs.

When I spoke to the people of Elkhart in February of 2009, I promised them that if we worked together, we could pull that community and this country out of the depths of recession — that we could not only recover, but put ourselves on a better, stronger course.

Today, thanks to the hard work of people in Elkhart and in communities across the country, America has recovered from crisis and we’re on the cusp of resurgence.

That’s why I’m going back to Elkhart next Wednesday — to highlight the economic progress we’ve made and discuss the challenges that remain.

Today, Elkhart’s manufacturing industry is back, and the town has regained nearly all of the jobs it lost during the downturn. The unemployment rate is lower than it was before the recession, and lower than the national average. In Indiana, more people have health insurance, and fewer homeowners are underwater.

This progress is thanks to the effort and determination of Americans like you. And it’s a result of the choices we made as a nation.

We still face some tough economic challenges, there’s no doubt about it. And all of us have to make some very important decisions about where we go from here.

That’s what I’m going to talk about when I return to Elkhart on Wednesday. I hope you’ll tune in.

Large Crowd Expected For Tonight’s US 30 Meeting In Warsaw