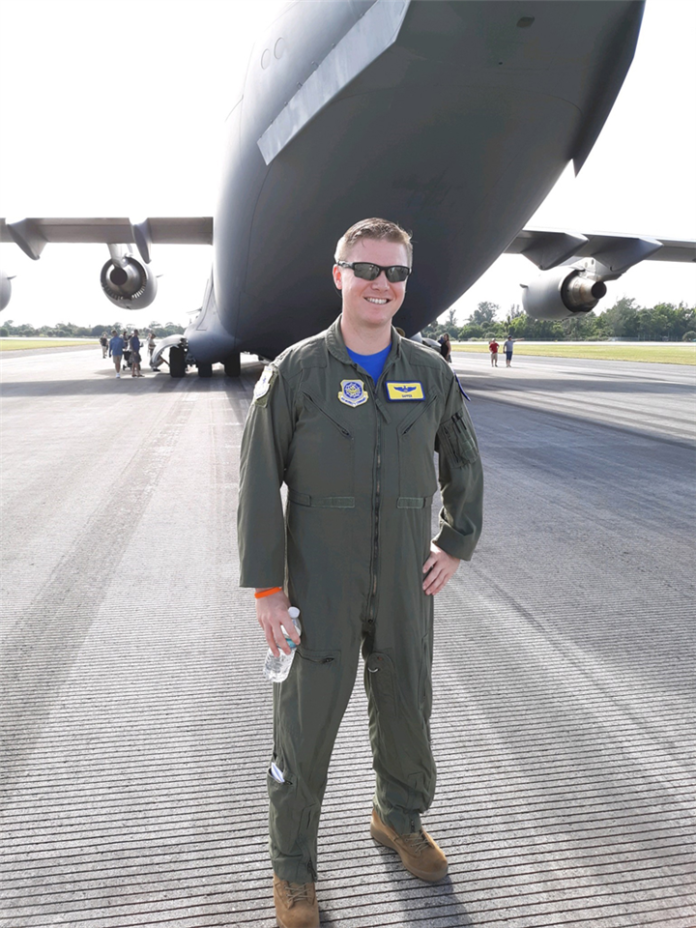 Major Bradley Sapper will be flying in his last airshow during the Dayton Airshow July 30-31 at the Wright Patterson Air Force Base.

Brad is a 2006 graduate of Warsaw Community High School, where he excelled in both academics and athletics, according to information provided by his father. Brad is the son of Frank and Debbie Sapper, Warsaw.

After graduating from WCHS, Brad was accepted to the Northwestern Prep School in California. Northwestern is the only civilian preparatory school devoted exclusively to the overall development of a candidates’ readiness for entrance and success at a service academy, Frank said.

After prep school, he was accepted to the U.S. Air Force Academy and graduated in 2011 as a second lieutenant, earning a degree in astronautical engineering and continued his education by attending flight school located  at Columbus Air Force Base, Mississippi.

Flying as a military pilot, Brad has experienced many once-in-a-lifetime opportunity. Early in his career, he had the opportunity to fly the presidential detail, which included moving the presidential helicopter and other large vehicles associated with these operations. Also, he has had opportunities to fly high-level dignitaries in the war zones. Mobile offices are outfitted to fit into the cargo hold of the C-17 aircraft to accommodate the dignitaries.

Brad has many flight hours flying to destinations across the world, including the Middle East. In 2018, he was stationed in Abu-Dhabi, UAE, for one year, instructing and flying with our allies.

Recently, one of the more visible operations he was involved with was the withdrawal of the Afghan refugees in fall 2021.

In 2021, Brad was named to the East Coast C-17 Demo Team and was scheduled to fly in the Cleveland Air Show in September 2021. Unfortunately, the C-17 had to pull out of the show due to the Afghanistan operation.

In November, the C-17 was back on the airshow circuit, and Brad was one of the pilots flying the C-17 at the Stuart Air Show in Stuart, Fla. In spring 2022, he was involved with Charleston Air Show.

Brad will fly his last airshow at the Dayton Airshow, in Dayton Ohio, July 30 – 31. After serving his country for 11 years as an active-duty pilot, he will now move to the Charleston Air Guard, where he will continue to fly the C-17 as a reservist. He will continue his flying career with UPS as an international pilot.

Brad and his wife, Laura, have a son, Colson.