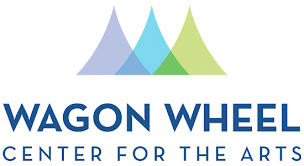 The board of directors and executive staff of Wagon Wheel Center for the Arts on Tuesday announced the postponement of the theater’s 2020 summer season, which had been scheduled to open July 1 with performances of “Wizard of Oz.”

“It is with great reluctance that we have made this decision,” said Executive Director Jay Michaels. “We have considered all possible scenarios, we have sought the opinion of both ticket holders and cast members, we have noted what other theaters are doing, and we want to be compliant with suggestions from public health officials. Actors and crew from across the country have expressed their concerns about coming due to the coronavirus.”

Wagon Wheel Board Chair Deb Bishop indicated that safety of the audience and cast members was the board’s primary concern.

“With the vigorous acting, dancing and singing, and even with the audience spaced out in our theater-in-the-round, we need to make sure everyone feels safe,” she said.

Michaels indicated the possibility of at least one performance late in the summer, which would be “very attractive” to the Wagon Wheel audience, but he cautioned that progress against the spread of the disease and general lowering of health risk will determine whether that will be possible.

He said, “Look for an announcement next week on the plans for an August show with our local professional actors.”

Four of this summer’s shows have now been rescheduled for next summer, and announcements will be forthcoming on Wagon Wheel’s website and social media about ticket adjustments. Season ticket holders will be given several options, according to Michaels, that might include transferring tickets to next summer’s schedule, offering the possibility of donating this season’s ticket sales as a gift to the Wagon Wheel nonprofit, and perhaps several other options. Wagon Wheel will be reaching out to all ticket holders again beginning Monday.

“It is very painful to disappoint our loyal audiences with this decision,” said Bishop. Noting the severe financial consequences of cancelling a season, she said, “Wagon Wheel has been producing top-quality entertainment for 64 seasons. We will do everything in our power to weather this financial storm and to aggressively and optimistically plan for what will now be our 65th season next summer.”

She expressed thanks to all the loyal fans, sponsors, ticket-holders and donors for their loyalty and support to the Wagon Wheel Center for the Arts, which encompasses the professional theater, Center Street Community Theatre, Wagon Wheel Jr. and the Symphony of the Lakes.