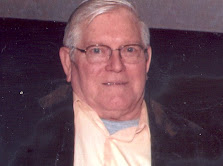 Richard Kenneth Smith, Age 86, Plymouth, Indiana  passed away on April 10, 2022 at 9:35 a.m. at Signature Health Care, Bremen, Indiana. On September 4, 1935 in North Judson, Indiana he was born to Ross Smith and Gertrude (Armentrout) Smith-Joseph. Richard lived the past 5 years in Plymouth, Indiana, having lived in Arkansas for 15 years prior to that. He spent most of his youth in the Akron, Indiana community.

He was an over the road Truck Driver. Richard was a member of the Cross Church and the Moose Lodge of Rochester, Indiana. He was a graduate of Knox High School with the class of 1953. Richard served in the United States Army.

He is preceded in death by his: Parents, 3 wives, stepdaughter-Shari Klingshirn, brothers – Robert Smith and David Smith

Funeral Services will follow at 7:00 p.m. at the funeral home with Rev. Martin Furrow of the Cross, Rochester, Indiana,