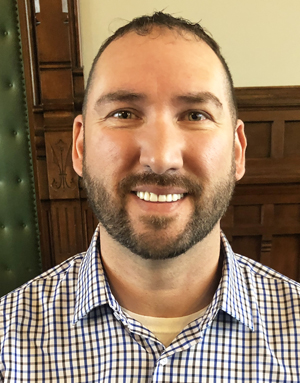 As part of the agreement, Norfolk Southern was to close the railroad crossing at South CR 400E by the end of 2021. In exchange, Norfolk Southern was to pay the county $250,000; remove the crossing from the railroad tracks at its sole expense; and reimburse the county for the cost of the barricades erected at the crossing. Norfolk Southern also was to – at its sole expense – construct a suitable turnaround at the south side of the tracks, which would become part of the dedicated roadway for future maintenance by the county. The railroad also has to extend two existing culverts underneath the tracks into the railroad right-of-way, Ormsby reported to the Commissioners at their Nov. 23 meeting.

At Tuesday’s meeting, Ormsby said the $250,000 was required to be paid this month and the county has received that payment from Norfolk Southern.

“The agreement also requires that Norfolk Southern do some work with regard to the closure. Some in-kind work that is due to be completed this summer. And the hopes is that once that is done, we’ll have less railroad closures especially on State Road 13,” he said, adding that he’ll have an update to the Commissioners this summer when the work is done.

Tony Peterson, who was the KABS general manager, accepted another position at Cardinal Services, Boren said. “So the good news is, he is staying with us. He’ll be available for consultation and training, but he no longer has the general manager role.”

In the past, Cardinal Services brought to the Commissioners its recommendation for the general manager replacement, and Boren did that Tuesday morning with Kaltenbach.

“Chad is a native to Kosciusko County. He’s got 16 years of transportation experience, either as a driver, a trainer or as an administrative assistant within the transportation department,” Boren said.

Kaltenbach has been with Cardinal for four years and was a driver with interest in stepping up his responsibilities, Boren said.  Kaltenbach has been meeting with Peterson for the past month or so to get an understanding of the general manager position. Boren said Kaltenbach joined in on the Commissioner check-in meeting as well.

“He’s got just a real passion for helping people and relates to Cardinal’s mission and purpose. So we’re really pleased to be able to present him and have a candidate we believe is really qualified for the position,” Boren said.

Commissioner Cary Groninger said that while doing the Commissioner audit of KABS, Peterson had done a great job and had all the information in order and really organized.

“I know that Tony did a great job and look forward to working with Chad,” Groninger said.

Next, Steve Henschen, with Jones Petrie Rafinski, the engineering firm for the Tippecanoe Chapman Regional Sewer District, reported they were on the final design phase and construction permits have been submitted. He said they are currently finalizing the property acquisition phase for easements and such.

“As part of that, JPR has gone out, upon request, and met with property owners throughout the district who had questions about where (equipment) might go and those type of things,” Henschen said.

As a result of those meetings, he said JPR’s name got out there and they were approached by a property owner, Lois Kunce, 234 EMS T25, Leesburg. She lives just outside the regional sewer district territory but wants to be included.

“So, right now our project has very specific boundary lines. We’re only serving those properties within those boundary lines,” he said.

The sewer line comes down to 252 EMS T25, he said. Kunce approached the sewer district about being included because she has an older septic system and she thinks the time is right if the project is going to be there to be a part of the sewer district.

The Tippecanoe Chapman Regional Sewer District Board of Trustees supported the move, but, in following the proper channels of the district, the request to expand territory needs to come from a petition from the Commissioners.

“The petition, if you agree to do that, would be executed by you as the Commissioners and then it’s passed on to the district board formally to accept that petition. And then that petition, if it’s approved by the district board, is sent to the Indiana Department of Environmental Management and then they’ll take action on that. Most likely, if it’s a completely voluntary situation, they will then authorize expansion of the district territory,” Henschen explained.

The Commissioners unanimously approved to accept Kunce’s property into the regional sewer district.

County Auditor Michelle Puckett provided the Commissioners with the resolution to re-establish the cumulative capital development and the cumulative bridge funds.

“I discussed with you two weeks ago at your meeting the process in re-establishing those funds and what this will allow us to do, is bring the rate back up to the statutorily acceptable rate. It is where we were at prior, but due to rounding and the budget process it always goes down a little bit,” she said. “So if you approve this, it will give us flexibility during budget season to decide where we’re going to settle in on that rate.”

The CCD rate is 0.333 and the bridge rate is 0.1, Puckett said. The Commissioners unanimously approved the resolution.

Community Corrections Director Barry Andrew requested permission to apply for annual grants through the Indiana Department of Corrections. One grant is for $350,755 for home detention and the other is for $75,746 for the drug court. The grant application is due May 6.

The Commissioners also approved the bid from Anderson Property Management Solutions for property management around the county courthouse and justice building for $8,300 for a year. It was the only bid the county received and it was the same amount as last year, Groninger said.

The next Commissioners meeting is at 9 a.m. April 12 in the old courtroom of the old county courthouse.