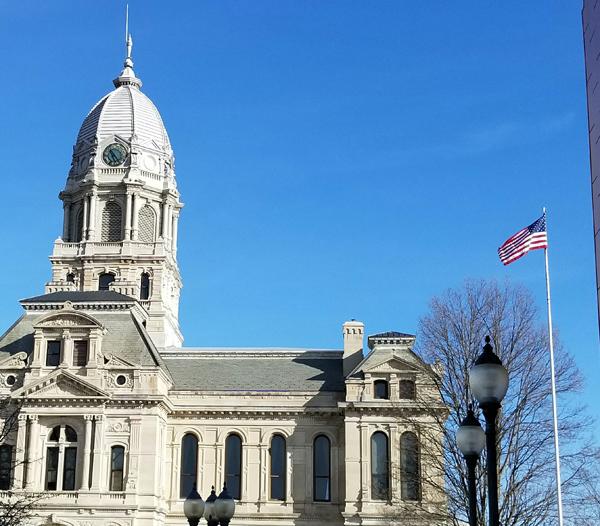 Kosciusko County officials confirmed Wednesday that the county lost more than $300,000 after being scammed on a bill that appeared to be from a familiar vendor.

InkFreeNews received a tip about the issue late last week.

The theft came in the form of a fraudulent ACH request in which the perpetrator imitated a vendor for Kosciusko County government seeking payment of invoices.

An ACH transfer is the electronic movement of money between banks through the Automated Clearing House network, and has become a common type of transaction used by government entities.

The scam began with emails that appeared to be from J&K Communications, a Columba City company that has been contracted to assist with transitioning to a new emergency radio system.

The emails apparently contained a request to change a routing number and the county then updated that number.

The problem first became apparent on April 29 when J&K Communications contacted the county saying they had not received payment.

The auditor’s office automatically sent a notification to J&K, which is why the company was anticipating payment.

According to a timeline provided by Ormsby, the county began working with the vendor, Lake City Bank, insurance representatives and police to determine what happened.

He said other questions should be directed to leaders of the county council and commissioners.

The money was moved from the county’s account with Lake City Bank to a JP Morgan Chase account. A request to reverse the transaction after the problem was discovered was denied.

On May 17, county officials met with the Indiana State Board of Accounts to discuss the 2021 audit and brought up the fraudulent ACH payment.

The details of the situation and the corrective action plan were discussed. Details of that have not been disclosed.

State Board of Accounts officials said the incident would be noted in the 2022 audit period.

According to the county, the auditors said that they have seen an increase in this type of occurrence in other governmental units throughout the state, including in Allen County.

County Council President Sue Ann Mitchell said she’s not familiar with this ever happening before in county government.

“It’s hard to believe, but somehow or another, it managed to happen,” Mitchell said.

She said it’s been a difficult set of circumstances for the county and a lot of people personally.

“It’s disheartening that we have people in the world today that do these kinds of things. It’s hard enough in government today to make ends meet,” she said.

Mitchell said insurance representatives for the county have said the loss will not be covered.

According to paperwork provided by Ormsby, the insurance carrier sought to avoid public disclosure of the incident until an investigation was complete.