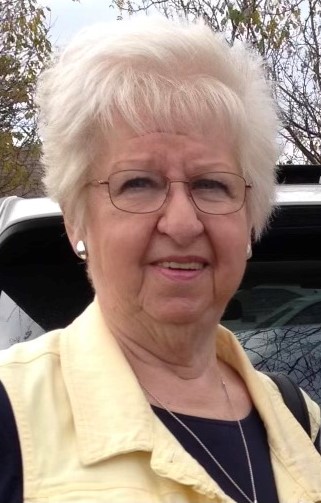 Joan was born in Warsaw on May 19, 1940, the youngest of 10 children born to (the late) Elman and Cora (Sponseller) Zentz. She graduated from Etna Green High School with the Class of ’58 and on January 2, 1965, Joan married Robert E. Clark in Etna Green; Bob preceded her in death on January 22, 2015 after 50 years of marriage. Joan formerly worked at WRSW, but retired from the office at the First United Methodist Church in Warsaw, after many years there. She was a member of Etna Green United Methodist Church, the Ladies of the Moose, and enjoyed playing Bingo. A longtime avid bowler, Joan played on numerous area leagues and was inducted into the Warsaw Bowling Hall of Fame. She cherished the time spent with family &amp; friends, enjoyed baking, particularly cookies of which she shared generously, especially at the holidays.

Joan is survived by her son, Chad M. Clark of Henderson NV and several nieces &amp; nephews. In addition to her parents and husband Bob, she was also preceded in death by all of her siblings; sisters, Frances “Dancie” Harford, Dean Wheeler, Martha “Mart” Conklin and Doris “Dorie” McElhaney and brothers, Donald “Lip” Zentz, Lowell Zentz, Max Zentz and also by 2 infant brothers.

To share a remembrance of Joan or to offer condolences to her family, please visit www.mchattonsadlerfuneralchapels.com